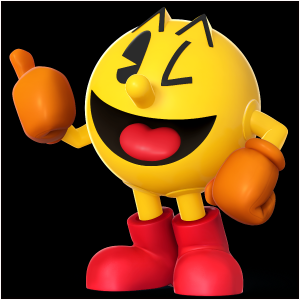 Namco’s most recognizable character now joins his place in Nintendo’s new upcoming fighter, Super Smash Bros. for the Wii U and 3DS!  Seeing as CAPCOM was able to get Megaman into the game (Well, to be fair he was the number one requested 3rd party character this time around), it is no wonder that Pac-Man was able to get in because of NAMCO’s and Nintendo’s close involvement with making this new iteration of smash.  However, seeing as how the Pac-Man games played, will they be able to keep him true to his original self?
I will give a few of my thoughts on how well Pac-Man transitions to Smash while also giving you a look at his trailer in addition to screenshots of him in-game.  You can catch the full details after the jump!
The Trailer
Pac-Man is the lovable NAMCO mascot who we are used to eating power pellets while being chased by three ghosts of varying colors (Pinky, Blinky, Inky, Sue, Clyde, etc.).  We are use to his redesign and have even seen him in other fighters already (Remember that trailer from Street Fighter X TEKKEN with Pac-Man fighting in a Mokujin robot?).  The main question would be how he would translate over to Smash and stay to his traditional style, I was very hype for seeing what Nintendo could do, providing that they had already made a classic rendition of Megaman.
As far as his game play, he seems to me more like a 1-vs-1 character than a full on melee character, but that is not a bad thing.  They give him the ghosts that chase him in what appears to be his Down Smash, and I even spotted some attacks from other NAMCO franchises like Galaga.  Also, he appears to go to his classic 2D arcade look during some of his moves, and seemingly transforms into a giant version of it during his Final Smash.
I am not going to lie Pac-Man looks like a fun character to play as, but could potentially be a very annoying character to fight against.  Either way I am happy to see him in because he was so well done while previously I had thought he would be a waste of a character space (Go Nintendo!).  Oh, I also like the little teaser at the end of the trailer, I am pretty sure that, sooner-or-later, we will be seeing the return of Mr. Game and Watch!
Screenshots 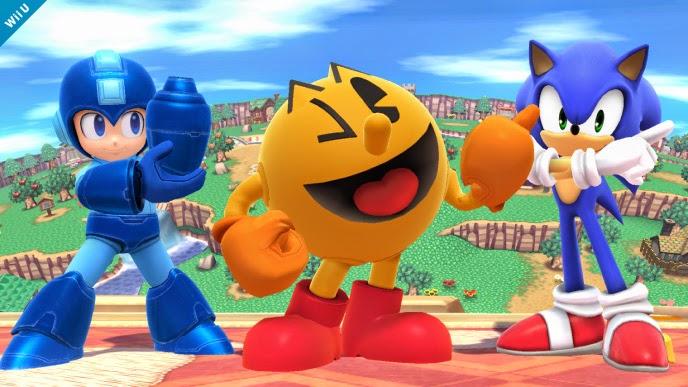 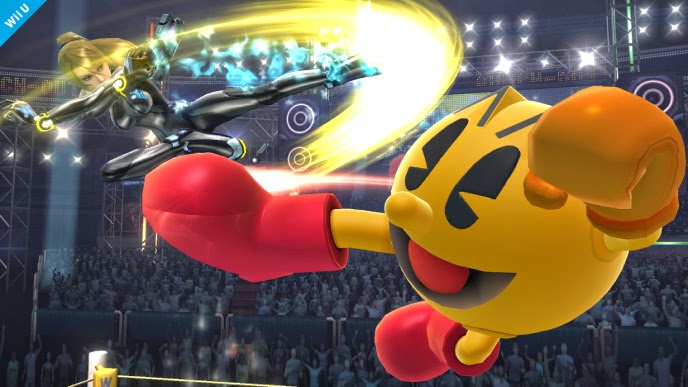 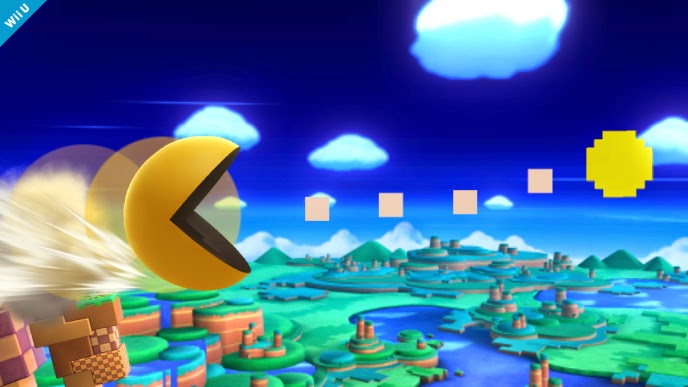 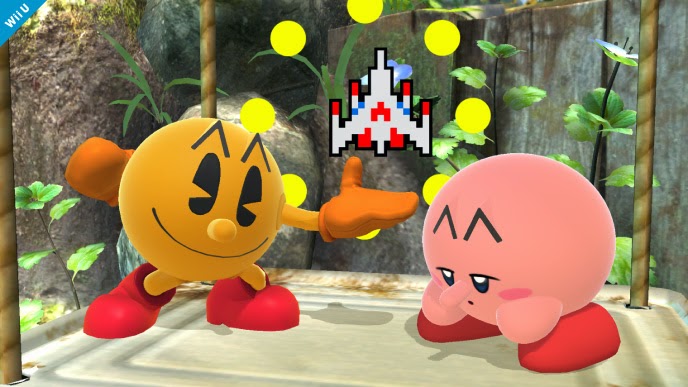 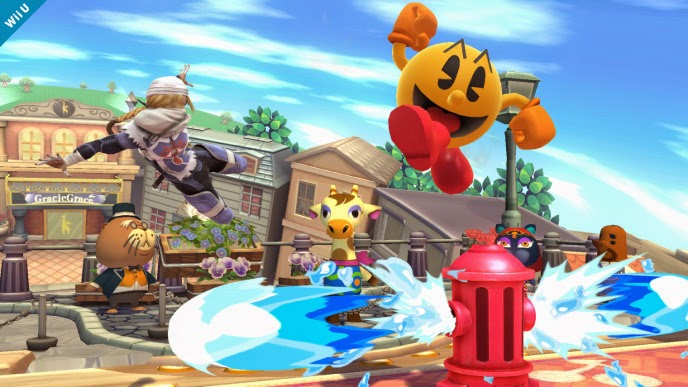 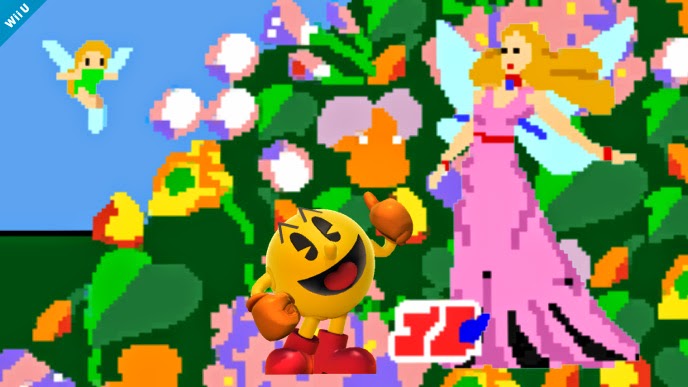 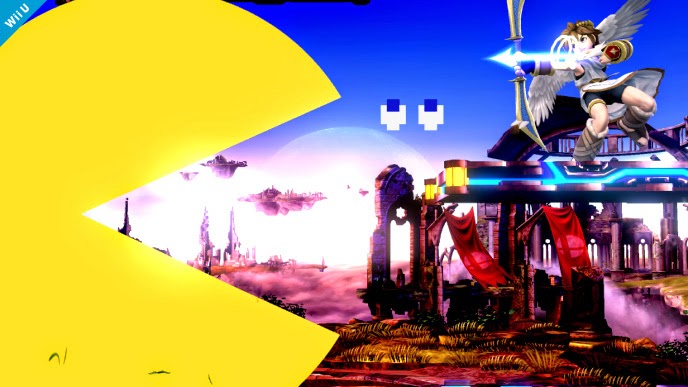 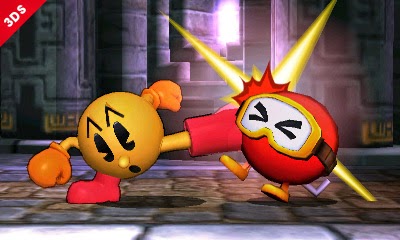 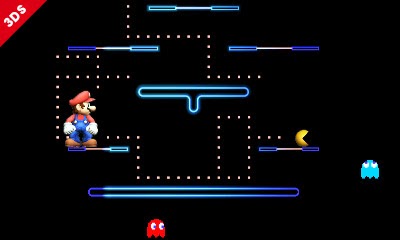