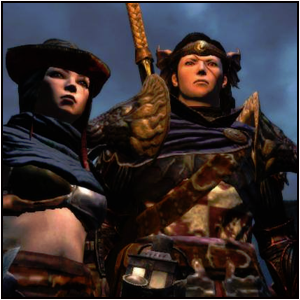 Top 5 Tuesdays is an article series that focuses on my “top five” anything on a given subject of my choosing that pertains to either gaming, anime, or manga.
You know, the last time I wrote a Top 5 Tuesdays in relation to games I wanted to see sequels of (Found HERE), I ended up getting 3 of the 5 games I wanted, with every other choice being the game that ended up getting a new entry into its series.  With the next generation of console gaming being in the here-and-now, I figure it was only right to make a new list.
So, without further ado, I am going to give you the top 5 game sequels I want made 2!  You can hit the jump to catch which games I want made and why.
Game Prophet?!  Possibly!
Back in my first article titled “Game Sequels I Want Made“, I made a list of the top 5 games that I wanted sequels to and three of those five games got sequels or remade; Killer Instinct, Guilty Gear Xrd -SIGN-, and Bayonetta 2 are all things I wished for.  Sure, I do not see Capcom vs SNK 3 or Devil May Cry 5, but getting a vast majority of the sequels I wanted made at that time really does feel good!  With that in mind, let me go for the gusto and try agian, who knows, I could have possibly wished those games into existence!  Anyways, that is more or less my motivation for writing this article, just for those curious as to why I would make another Top 5 Tuesdays post for this same thing..
Sequels
Without further ado, I know bring to you “Game Sequels I Want Made #2!  As I said before, three of my five games from the very first article have already been made, however, I will not be repeating the two that did not make it on this list (Capcom vs SNK 3 and Devil May Cry 5). 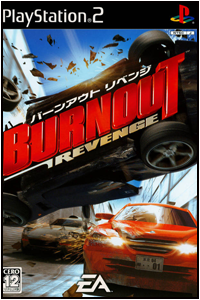 #5 – Burnout 4
I have never been a very big fan of racing games because I have always found it relatively boring (Even the sport of NASCAR and even movies based on racing like The Fast and the Furious).  However, there was something about Burnout that seemed to call out to me because it did not obey convention rules and went against the normalcy of most most racing games.
In a world of racing games like Gran Turismo, Forza, and Project Gotham Racing, I loved that there was an alternative which allowed me to drive like an absolute maniac and be rewarded for it without the need for items or goofy special powers.  I get boost for checking traffic at my opponent?  Driving on the roadside of the road?  Forcing my opponents to crash in a “Take Down”?  A game mode which sole purpose is to rank up as much damage as humanly possible with a trigger to detonate a bomb in my car?  Excellent.
With games coming up like Drive Club, The Crew, etc. I feel like there are no games catering to someone who is not into hyper realism.  Honestly, I think Insomnia games is on the right point, which is one reason I am really hype for Sunset Overdrive, because I love fun and outlandish things that are only possible in video games.  What do you think is better?  Having a little arrow in Forza that tells you the optimum driving route in while inching into a turn?  Or using your boost while drifting madly into a sharp turn while on the wrong side of the road?  I will take the latter. 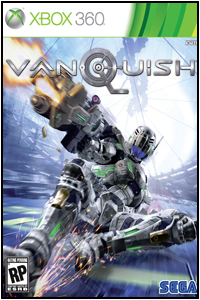 #4 – Vanquish 2
Vanquish was a game that seemed to do everything right; cocky and awesome lead protagonist, a seemingly deep background story, a variety of awesome weapons, and pretty good boss fights.  However, it did have some profound downfalls.
Game play time of Vanquish was not of an acceptable length by most standards.  I am not going to lie, I had mad fun with the game but it was super short with a maximum game play time on normal difficulty of around 5 – 7 hours, it also did not help that the additional game play  modes offered little replay value in return.  Also, they messed up on a few of the game play mechanics that I thought was very vital, which was the melee burning off all of your boost meter (Which was very serious since it is what enabled you to slow down time as well as dodge fire, making the melee near unusable) and not implementing more mechanics to make the game not so cover heavy (This game was suppose to be about speed and evasion, most of the time you had to rely on cover like Gears of War to avoid being killed).  Even though it had all of these glaring weaknesses, it still turned out to be a game I adored.
If Vanquish 2 were to ever be made, I would love to see specific melee weapon in addition to the weapon melee, and I would love for it to burn off one bar of meter (Suggesting they have a meter system) to better encourage melee attacks; there should be special finishers with the weapons and plan attacks (That do not consume meter) with the melee weapons.  They should also go deeper into the story and make the game play at least a length of 12-20 hours. 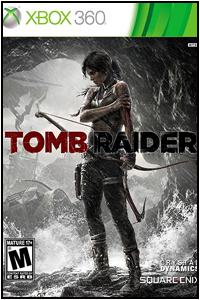 #3 – Tomb Raider 2
This remake of Tomb Raider was better than I thought it woudl be.  Lara was not a complete badass like other games made her out to be, yet we got to watch her mature into a survivor throughout the course of the game from what she had to endure in her fight to stay alive.  Also, the graphics are some of the best that I personally seen on the Xbox 360 while maintaning dynamic angles which could be compared to games made by Naughty Dog.  I think this is one of the best single-player games this generation and delivers a true blueprint of what a good story should be.
I remember buying this game for 50% off during one of the Xbox Live’ “Deals with Gold” sale and was pleasently surprised.  Even though I loved the game remarkably, it had a horrific flaw which gave it no replayability beyond searching for things to bring your completion up to 100%, which seems just tedious and borings.  Even more than this, enemies do not constantly respawn in large quantities to let you experience the combat over-and-over once you have beaten the game.  Multi-player seemed fine at first, but the graphics are a radical drop from what you see in the single-player and cheapens the overall feel of it.  I feel like if Tomb Raider were to correct those two shortcomings it would be beyond amazing. 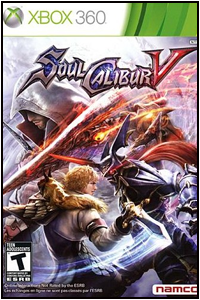 #2 – Soul Calibur VI
I immensely enjoyed the last two entries ino the Soul Calibur series, really getting into Soul Calibur V just as much as I did Soul Calibur II for the Playstation 2.  However, I was a bit saddened when NONE of the characters I play made it back into the game (Seong-Mina, Zasalamel, Talim, and Setsuka).  Alpha Patroklos was the closest thing to someone I played (Setsuka) and he was considered one of the best in the game, but he had a ridiculously high learning curve because of all the Just Frames and having to learn to punish with JF (Just Frame) Sakura Twister and having no good low options (Besides 1A~A~A, but that require two JF inputs).  I would love if they brung back the original cast and restarted Soul Calibur over from the beginning.
Something else I really love about the Soul Calibur series is the profound level of customization you are able to give your characters.  I do not believe that any other game allows you to create characters of this levle, and I think it would be perfect if they released a Xbox One and Playstation 4 version with even more content than Soul Calibur V offered.  I mean, they did release the single player game of “Soul Calibur: Lost Swords“, but I hope they do not abandon the fighting game portion in favor of dedicated single-player, it is easily one of my favorites fighting game from the 360 gaming era.  Also, even though I know it was not popular with a lot of the older players, I hope they keep the Brave Edge, Just Guard, and Critical Edge mechanics. 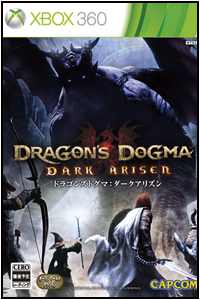 #1 – Dragon’s Dogma 2
Normally I do not like Role-Playing Games (Especially western-style RPGs) and steer clear of them, they are often boring, slow paced, and usually involve some weird plot to take over or destroy the world.  Dragon’s Dogma’s first trailer had me wide-eyed at the brilliance that was laid out before me.  You could climb onto things and attack them?!  Throw enemies off of roofs?  Massive bosses that you could fight free range?!  SIGN ME UP!  Unfortunately, I had an standard definition television at the time that the demo came out and I could barely see the names of items, so I decided to not pick up the game regardless if it was really good or not.  However, with my friend Rasean bragging about how good the game was and the release of Dragon’s Dogma: Dark Arisen, I figured it was time to set my Xbox to widescreen and tough it out the best I could.
Needless to say, this game blew me away.  The combat was awesome, and while the storyline made little to no actual sense (On the surface anyway), the Pawn system and the inside screenshots are magnificent.  The character creation was good enough, and the items you picked up were not ugly, again though, the BIGGEST part of this game is simply the combat system, I could not stress enough how important that was making this game one of my favorite RPG’s to date.  If they are to release another Dragon’s Dogma I hope that it will co-op online with two people (One person and their pawn and the second person and their pawn), and the ability to help each other out through the game, and that should be very possible with today’s technology.
I personally feel that “Deep Down” is more-or-less a test to see what is capable with the newly developed Panta Rhei engine and maybe CAPCOM will be saving it for Dragon’s Dogma 2 once they get it optimized enough, I am also hoping it will be multi-platform like the original was.
SHARE:
RATE: